You know me best as a “mommy,” a playmate, the person who cuts your hot dogs into smaller pieces. But there’s another hat I’m wearing these days — mom turned political candidate — and you are, in large part, to thank for that.

Running for office wasn’t a decision I took lightly. It’s very time-consuming, at times stressful, and it takes me away from you and your brother a few evenings a week. But when Donald Trump was elected president, I made a promise — to myself and our family — to combat the poison he is pumping into our country. And that includes stepping up to run for a local government position.

I view this move as an extension of my activism. Since my early 20s, I have been a vocal women’s rights activist: I’ve helped train groups of volunteers, lobbied elected officials, and participated in protests and rallies alike. And I take extreme pride in knowing that I’m raising you in this vein: you were 4 years old and your brother only 2 when you attended your first protest.

As much as I believe in protesting the institutions responsible for perpetuating discrimination in our country, I also believe it is my civic duty to try and reform the system from within. While I am running for a town council position, which won’t affect change at the federal level, I intend to make a difference at the community level. And that matters, too.

Not only am I running to improve our local government — emphasizing transparency, diversity and investing in our environment — but to demonstrate the value of civic engagement to you.

Giving back to the community and being politically involved is the rent we pay for living a good life. 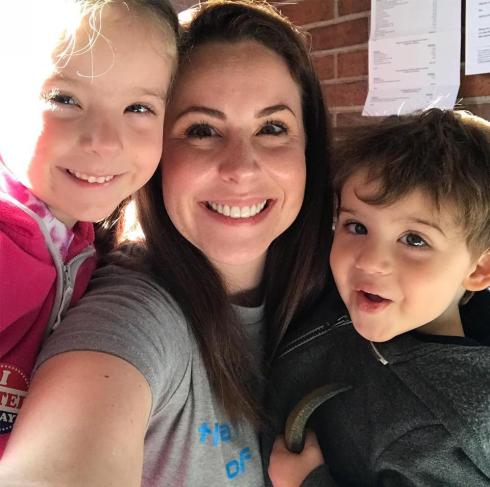 It’s especially important to me that you witness your mother run for office. As much progress as the United States has made with regards to women’s political participation — we had a female presidential candidate in 2016, after all — our country is ranked 104th in women’s representation in government. Women and girls are half of our population, but we’re represented in Congress by 80 percent men. Which ultimately means women’s rights — like equal pay, abortion access, healthcare and more — are either not prioritized or are outright disdained.

Luckily, that tide seems to be turning. A record number of women are running for office this year, fueled by a shared desire to combat the ills being imposed by the Trump administration. And guess what? Democratic women are crushing it in the 2018 primary elections so far. The midterm elections this coming November will hopefully be just as successful!

This is all to say, I want you and your little brother to witness first-hand this “pink wave” that’s poised to transform our government. And I need you to understand that while it’s extremely tempting to sit around and complain about the status quo, it’s simply not enough. Complaining begets more complaining; it does not affect change. Only action does. This is why I vote, why I protest, and why I’m seeking an elected office.

So far, leading by example appears to be paying off: you’ve begun to play “running for council.” You make pretend ballots and speak to your stuffed animal “voters” about important issues. (And, admittedly, you make valid points about why everyone deserves more chocolate). This makes me prouder than you’ll ever know.

I’ve said from the start of my campaign that even if I don’t win, the experience will have been completely worth it if you, dear daughter, learn the importance of civic engagement and the value of taking action. And who knows? Maybe (hopefully) one day you’ll follow in my footsteps! Goodness knows this country could use more feisty female leaders.