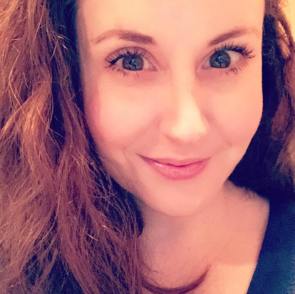 Maureen is an opinion journalist and writer, whose writing has appeared widely online, including NBCNews.com, Teen Vogue,ThinkProgress, Mic, Quartz, Romper, Parents.com, The Atlantic, the Huffington Post, Rewire and more. She has also contributed to OURS Magazine, an international cultural magazine, and her essay on triumphing in the aftermath of rape is featured in the book Making Out Like A Virgin: Sex, Desire and Intimacy After Sexual Trauma.

Additionally, Maureen has been quoted as a subject matter expert in major media outlets including NPR, PBS NewsHour, ThinkProgress, CBS News/WCBS Radio, Forbes, Columbia Journalism Review, The Guardian and USA Today, among others.

In addition to writing, Maureen has dedicated the better part of the last decade to volunteering and working with women’s rights NGOs and non-profits, including the NGO Committee on the Status of Women, the NGO Working Group on Women, Peace & Security, and the National Organization for Women – NYC chapter (NOW-NYC).

For more than six years, she served on NOW-NYC’s Board of Directors, wherein she advocated for the women and girls of NYC through public education, grassroots organizing and lobbying, with a focus on promoting reproductive health, achieving economic empowerment, and ending discrimination and violence against women.

Prior to shifting to a non-profit path, Maureen enjoyed a successful career in public relations.

Maureen holds a Master’s of Arts in Human Rights from Columbia University. Her thesis, “Mass Rape on the World Stage: The Adjudication of Sexual Violence in International Criminal Tribunals,” compares how said crimes were tried in the U.N.’s Yugoslav and Rwandan tribunals, and how trials for human rights abuses in the Democratic Republic of the Congo should address mass rape.

She is also a Women’s Media Center SheSource expert. And a proud mama of two.